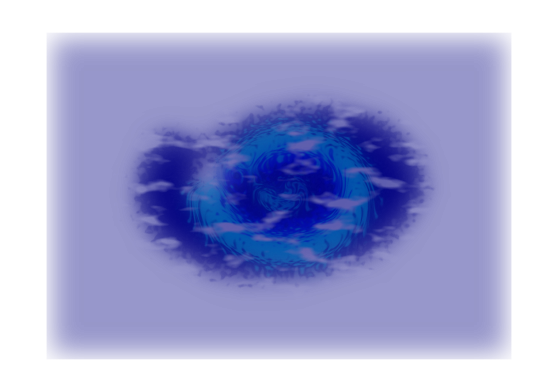 In a few other pages in this blog I’ve described methods for obtaining weather faxes (via satellite or, alternatively, by the use of HF (shortwave) radio).  The weather faxes come in many different formats, some of which are confusing to people who are not meteorologists (a group that includes myself).  So, I’ve added a book to the shelf that (to some extent) has incrementally increased my knowledge in this realm.  I’ve a ways to go, but I can make sense of the main charts due to reading the book:

While I enjoyed the book, it was written by someone living in the southern hemisphere. The author’s examples therefore tend to be described from the perspective of a weather watcher who lives in that area.  He does make an effort to explain how it all works in the northern hemisphere, but seems to default to the southern perspective at times. Since I tend to look at things from the northern perspective, I was momentarily confused a few times by charts whose attributes were reversed relative to my preconception.  I suppose it’s only natural.  For one who may someday find himself in the southern hemishere, that’ not all a bad thing! Maybe I should get used to it!

Most folks don’t want to delve much into the details, and leave those to the weatherman on channel 5.  Some of the weather facsimiles that can be retrieved from shortwave broadcast transmitters do closely follow the traditional charts of high and low pressure systems that one might see on the local news channel, in the weather segment at the end of the hour.

While the casual couch potato may only want to know if Saturday’s forecast includes rain, the seafarer needs to know a bit more.  It’s all about pressure systems, highs and lows, and how to interpret the changing mix of those things.  Mike Harris does a good job of this, although other reviewers have mentioned that he sticks to the simple two dimensional perspective more than they’d like.  In fact, he does delve into the ramifications of weather at higher altitudes, but he mixes it nicely with the easier path to understanding – for newcomers (like myself).

The seafarer must consider at least two charts:  the current weather, and the projected weather.  One takes the current weather, overlays it with the projected weather, and observes the changes likely to be realized by the latter.  The all-important pressure gradient is key, and is indicated by the spacing of the isobars on the charts.  More closely spaced isobars mean higher gradients, and higher gradients mean higher winds.  Mike describes a three step process for determining the current or projected wind speed, from charts, simply by measuring the distance between isobars (in nautical miles) and then using that distance to find the estimated wind speed in a lookup table (provided in the book).  The table includes corrections for mean latitude, and additionally, information about how to add a correction factor for isobar curvature.

So, for the layman, the last paragraph is a whole grade in school (relative to the couch pototo who could care less).  But, for the seafarer, the information remains incomplete.  It is necessary to know how the wind relates to the sea swell, and dangerous waves, as the latter is what overturns your boat!  Mike does a good job of informing us couch potatoes about the swell and wave phenomenon as well, articulated in a manner to be grasped by the newcomer.  One can obtain future prognosis facsimiles for sea swell from weatherfax transmitters, and take them as is, verbatim. But it’s nice to be able to “construct” the chain of events that lead to the swell on those charts.  The wise weather watcher would make use of both items of information.  I liked the book, but mainly it’s whetted my appetite to dig a little further, and so I’ll add more to the WX section of the shelf.

Mike details other weather inspection methods, like the finger/thumb rule to determine if the low (or high) is on your left or on your right as you face the wind.  Mike doesn’t assume that we know these things.  For instance, he provides nice glossary style inserts for things such as cloud type lists and descriptions: ten different types of clouds.  And – of course – what the appearance of those, or a combination of those – means for the next change in the weather.

The author implies that the perspectives given by any particular surface chart and its two dimensional pre-calculated data (what the surface chart really is) – remains a short term reliability measure (twenty four hours rule of thumb).  My note: We can the overlay the current chart with additional facsimiles we obtain from weather stations, specifically those marked as prognosis-es for weather thirty or more hours ahead.  While each of those charts in itself presents a relatively static picture, the overlay of several of them can give some idea of the dynamic that is occurring.  Weather forecasters use higher elevation information (three dimensional info) to determine how the static picture of current surface conditions might be modified two, three or more days hence.

The author has a few pages devoted to the effects of upper air movement, and the understanding of upper air charts. But, as one reviewer mentioned, it’d be good to have a little more depth in that area. Chapter 2 does have an overall high-level view (pun intended), with eight pages dedicated to the general influences of polar and equatorial regions, the general direction of named winds, effects of polar highs, temperate lows, trade winds, and the like. There was only a little info that specifically dealt with upper air chart analysis.  One can rely on a series of static future weather prognosis fax charts, or one can better understand the upper level weather, and make use of the upper air charts to enhance understanding.  That’s an area of weather that I’ll be delving into, a little more closely – by adding yet another good book to the shelf, to compliment this outstanding one.  Stay tuned  🙂